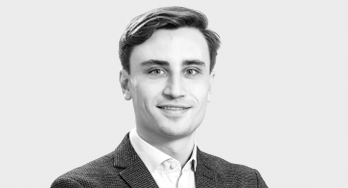 Thomas is an associate at TALIENS Germany in Munich.

Furthermore, Thomas advises on non-contentious matters in the media, entertainment and technology sectors.

Prior to joining TALIENS, Thomas was an associate at an international law firm in Munich (2015-2017).

Thomas studied law at the universities of Passau, Complutense de Madrid and LMU Munich. He further holds a master’s degree (LL.M.) from Queen Mary University of London in ‘Comparative and International Dispute Resolution’. After completion of his legal clerkship in Munich, Thomas was admitted to the bar in 2015.