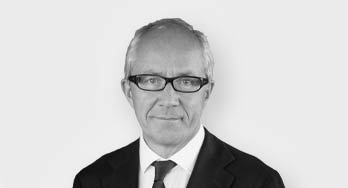 Partner at the Paris office of TALIENS, Grégoire has 30 years’ experience in patent and trademark law with extensive expertise in handling European disputes involving patent infringement and validity disputes.

In patent law, he is renowned for representing clients in patent infringement, trade secret and preliminary injunction proceedings. Recently, he has worked on high profile pharmaceutical cases, as well as disputes relating to the TMT and commodities sectors. He also has expertise in relation to copyright and unfair competition cases.

Grégoire is consistently ranked as a leading expert for Intellectual Property in the international legal directories such as Chambers & Partners, The Legal 500, Who’s Who Legal, WTR 1000 and Best Lawyers.

He is top ranked in the Chambers Global and Europe Guides for Intellectual Property: Patents in France, which note he “commands extensive expertise in patent litigation”. Grégoire has also been described as an “absolutely brilliant litigator and great strategist”. The Legal 500 EMEA Guide also recognises Grégoire’s reputation in the market, and Who’s Who Legal ranks him as a Thought Leader for Patents and Trademarks, adding he is “reliable, tough and good for his clients” and a ““top choice” for complex matters in his area.”

Prior to joining TALIENS, Grégoire was a partner at Gide Loyrette Nouel where he established and led its Intellectual Property practice.